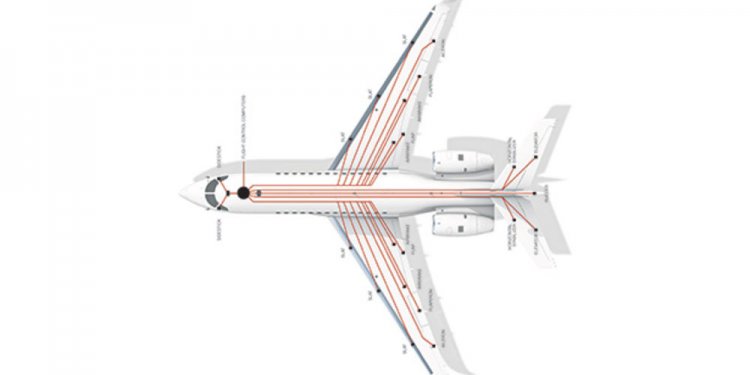 When the Wright Brothers gave the world flight, they used a combination of body movements to deflect portions of their Flyer, causing it to move in the direction desired.

Sixty-nine years later in 1972, NASA gave the world the next big thing in flight controls when the agency’s Dryden Flight Research Center showed how to use computers to make high-speed flight control decisions.

Called digital fly-by-wire (DFBW), the computerized system is used today on everything from jet airliners to cutting-edge fighters and stealth bombers. A team of computers instantly analyzes control inputs made by a pilot, evaluating the aircraft's speed, weight, atmospheric conditions, and other variables, arriving at the optimum control deflections to achieve what the pilot has requested. For the pilot, traditional flight controls in the cockpit make the task seem the same for a DFBW-equipped aircraft as for a manual or hydraulically boosted aircraft, although having computers tell the aircraft how much control deflection is necessary means the pilot is not actually physically moving the control surfaces.

Using multiple computers does two key things for flight safety: it virtually eliminates the possibility of computer failure crippling an aircraft in flight, and it relies on a majority of the computers to instantly "vote" on the right control deflection to command. The computers can make the optimum control deflection choice quicker than a pilot, and can keep an otherwise unstable aircraft flying straight and true. This has allowed designers to create aircraft that are highly maneuverable, since traditional concepts of inherent stability that inhibit maneuverability can be traded for the improved nimbleness of a design that, manually, would be impossible to fly.