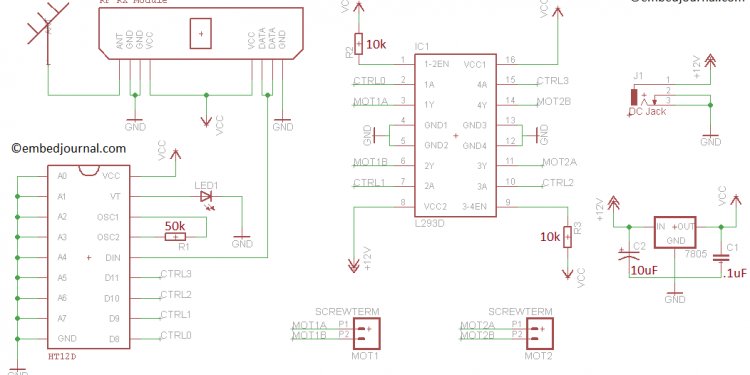 How to make a remote control system?

The way we love our remote controls, you'd think our living rooms were the size of Texas! It's an awfully long way to go, isn't it, to change the television channel or pump up the volume on the stereo? Remote controls are a perfect indulgence for couch potatoes everywhere—but have you ever stopped to wonder how they work? How come your TV remote doesn't trigger the video? Why do you have to point it directly at the TV? And when you aim your remote at a neighbor's house, does their TV channel change too? Let's take a closer look at the mysteries of remote control!

Photo: A typical TV remote control unit. Early TV remotes did little more than change the channel. With a modern remote control, you can control virtually every aspect of how a TV works. This remote can also control a DVD player hooked up to the TV set.

How remote controls use infrared beams

Photo: The small infrared LED on the top of a typical remote control.

The first thing you notice about a remote control unit is that it has no wires, so it has to send signals to whatever it's operating using electromagnetic waves. Light, x-rays, radio waves, and microwaves are all examples of electromagnetic waves: vibrating packets of electrical and magnetic energy that travel through the air at the speed of light. Most remote controls send signals using infrared radiation (which is a kind of invisible red light that hot objects give off and halogen hobs use to cook with), though some use radio waves instead.

If you look at the top of your remote control unit, you'll see there's a small plastic light-emitting diode (LED) where the infrared radiation comes out. Now take a look at your TV or video. Somewhere on the front, there's a very small infrared light detector. When you press the remote control, a beam of infrared radiation travels from the remote to your TV at the speed of light and the detector picks it up.

Human eyes can't detect infrared, so even if you press the buttons on your remote and stare at the LED you won't see anything happening. Some animals, including rattlesnakes, can detect infrared. Rattlesnakes have tiny infrared detectors buried in pits near their eyes, which work a bit like the infrared detectors on your TV. By homing in on infrared heat, snakes can locate prey at night when there's no ordinary light to see by. What would happen if you pointed a TV remote control at a snake and pressed the buttons? Maybe it would think you were a mouse and slither over to eat you. It's unlikely you could control a rattlesnake with a TV remote—and we don't recommend you try!

It's no good the remote control just sending out a burst of random infrared. Clearly if your remote control has 20 or more buttons on it, it must have a way of sending out at least this many signals—each one different enough for your TV to be able to decode and understand it. When you press one of the buttons, the remote generates a systematic series of on/off infrared pulses that signal a binary code (a way of representing any kind of information using only zeros and ones, which computers use). So a short pulse of infrared could signal a 1 and no pulse could signal a 0. Sending many infrared pulses, one after another, allows your remote to send whole strings of zeros and ones. One code (maybe it's 101101) might mean "volume up", while another (perhaps 11110111) could mean "mute sound."