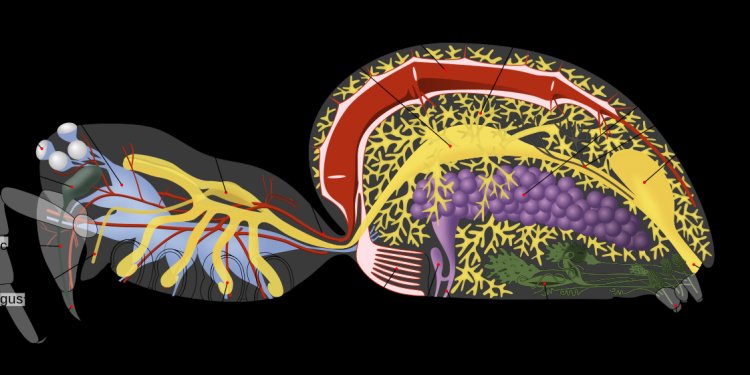 What does the nervous system control?

You're in the middle of a meeting at work, but your mind keeps drifting to the parent–teacher conference you have tonight ... and the dry cleaning you have to pick up on the way home ... and how you wish you hadn't skipped lunch because the rumbling in your stomach is driving you nuts. Then, suddenly, you're back in the moment, hoping nobody noticed your brief "departure."

It may seem as if your brain is always on the go. And it is. The brain not only controls what you think and feel, how you learn and remember, and the way you move and talk, but also many things you're less aware of — such as the beating of your heart, the digestion of your food, and yes, even the amount of stress you feel. Like you, your brain is quite the juggler.

Anatomy of the Nervous System

If you think of the brain as a central computer that controls all bodily functions, then the nervous system is like a network that relays messages back and forth from the brain to different parts of the body. It does this via the spinal cord, which runs from the brain down through the back and contains threadlike nerves that branch out to every organ and body part.

When a message comes into the brain from anywhere in the body, the brain tells the body how to react. For example, if you accidentally touch a hot stove, the nerves in your skin shoot a message of pain to your brain. The brain then sends a message back telling the muscles in your hand to pull away. Luckily, this neurological relay race takes a lot less time than it just took to read about it.

Considering everything it does, the human brain is incredibly compact, weighing just 3 pounds. Its many folds and grooves, though, provide it with the additional surface area necessary for storing all of the body's important information.

The spinal cord, on the other hand, is a long bundle of nerve tissue about 18 inches long and ¾ inch thick. It extends from the lower part of the brain down through spine. Along the way, various nerves branch out to the entire body. These make up the peripheral nervous system.

Both the brain and the spinal cord are protected by bone: the brain by the bones of the skull, and the spinal cord by a set of ring-shaped bones called vertebrae. They're both cushioned by layers of membranes called meninges as well as a special fluid called cerebrospinal fluid. This fluid helps protect the nerve tissue, keep it healthy, and remove waste products.

All About the Brain

The brain is made up of three main sections: the forebrain, the midbrain, and the hindbrain.

The forebrain is the largest and most complex part of the brain. It consists of the cerebrum — the area with all the folds and grooves typically seen in pictures of the brain — as well as some other structures beneath it.

The cerebrum contains the information that essentially makes us who we are: our intelligence, memory, personality, emotion, speech, and ability to feel and move. Specific areas of the cerebrum are in charge of processing these different types of information. These are called lobes, and there are four of them: the frontal, parietal, temporal, and occipital.

The cerebrum has right and left halves, called hemispheres, which are connected in the middle by a band of nerve fibers (the corpus collosum) that enables the two sides to communicate. Though these halves may look like mirror images of each other, many scientists believe they have different functions. The left side is considered the logical, analytical, objective side. The right side is thought to be more intuitive, creative, and subjective. So when you're balancing the checkbook, you're using the left side; when you're listening to music, you're using the right side. It's believed that some people are more "right-brained" or "left-brained" while others are more "whole-brained, " meaning they use both halves of their brain to the same degree.

The outer layer of the cerebrum is called the cortex (also known as "gray matter"). Information collected by the five senses comes into the brain from the spinal cord to the cortex. This information is then directed to other parts of the nervous system for further processing. For example, when you touch the hot stove, not only does a message go out to move your hand but one also goes to another part of the brain to help you remember not to do that again.

In the inner part of the forebrain sits the thalamus, hypothalamus, and pituitary gland. The thalamus carries messages from the sensory organs like the eyes, ears, nose, and fingers to the cortex. The hypothalamus controls the pulse, thirst, appetite, sleep patterns, and other processes in our bodies that happen automatically. It also controls the pituitary gland, which makes the hormones that control our growth, metabolism, water and mineral balance, sexual maturity, and response to stress.

The midbrain, located underneath the middle of the forebrain, acts as a master coordinator for all the messages going in and out of the brain to the spinal cord.

The hindbrain sits underneath the back end of the cerebrum, and it consists of the cerebellum, pons, and medulla. The cerebellum — also called the "little brain" because it looks like a small version of the cerebrum — is responsible for balance, movement, and coordination.

The pons and the medulla, along with the midbrain, are often called the brainstem. The brainstem takes in, sends out, and coordinates all of the brain's messages. It also controls many of the body's automatic functions, like breathing, heart rate, blood pressure, swallowing, digestion, and blinking.