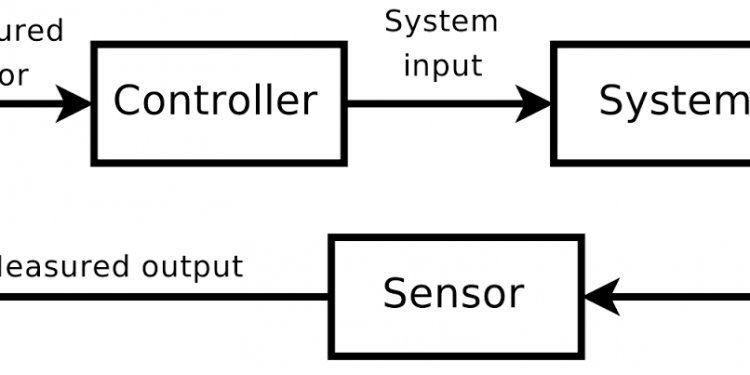 But the goal of any electrical or electronic control system is to measure, monitor, and control a process and one way in which we can accurately control the process is by monitoring its output and “feeding” some of it back to compare the actual output with the desired output so as to reduce the error and if disturbed, bring the output of the system back to the original or desired response.

The quantity of the output being measured is called the “feedback signal”, and the type of control system which uses feedback signals to both control and adjust itself is called a Close-loop System.

A Closed-loop Control System, also known as a feedback control system is a control system which uses the concept of an open loop system as its forward path but has one or more feedback loops (hence its name) or paths between its output and its input. The reference to “feedback”, simply means that some portion of the output is returned “back” to the input to form part of the systems excitation.

Closed-loop systems are designed to automatically achieve and maintain the desired output condition by comparing it with the actual condition. It does this by generating an error signal which is the difference between the output and the reference input. In other words, a “closed-loop system” is a fully automatic control system in which its control action being dependent on the output in some way.

So for example, consider our electric clothes dryer from the previous open-loop tutorial.

Suppose we used a sensor or transducer (input device) to continually monitor the temperature or dryness of the clothes and feed a signal relating to the dryness back to the controller as shown below.