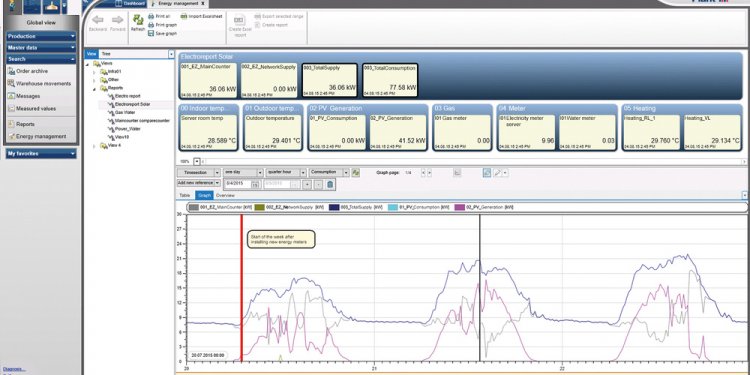 Few managers realize that a company plan must provide the framework for the company control system. If missions, goals, strategies, objectives, and plans change, then controls should change. Unfortunately, they seldom do. Although this error occurs at the top, repercussions are felt at all levels.

Often, too, the standards of the control systems are derived from previous years budgets rather than from current objectives of company plans The result is that employees at lower levels are simply given "numbers to make" based on factors of which they have little knowledge and over which they have practically no influence.

The above schematic shows the important interrelationships between planning and control. As you can see, the control process does not begin after the entire planning process ends, as most managers believe.

After objectives are set in the first step of the planning process, appropriate standards should be developed for them. Standards are units of measurement established to serve as a reference base and are useful in determining time lines, sequences of activities, scheduling, and allocation of resources.

For example, if objectives are set and work is planned for 18 people on an assembly line, standards or reasonable expectations of performance from each person then need to be clearly established.

The second significant interaction between planning and control occurs with the final step of the control process-taking corrective action. This can take several forms, but two of the most effective are to change the objectives or alter the plan.

Managers dislike doing either; but if a positive motivational climate is to be established, these ought to be the first two corrective actions attempted. Objectives and standards are based on assumptions, but if these assumptions prove inaccurate, then objectives and standards require alteration. Thus sales quotas assigned on the premise of a booming economy can certainly be altered if, as is often the case, the economy turns sour.

Likewise, if the assumptions are accurate and objectives and standards have not been met, then it is possible that the plan developed was inadequate and needs to be changed.

The control process - consider the effects

This is perhaps because the task side of control is noticed and the behavioral or human side is largely overlooked. But as previously noted, managers should carefully consider the behavioral aspects of the process when designing a control system if employees are to be motivated to accomplish assigned tasks.