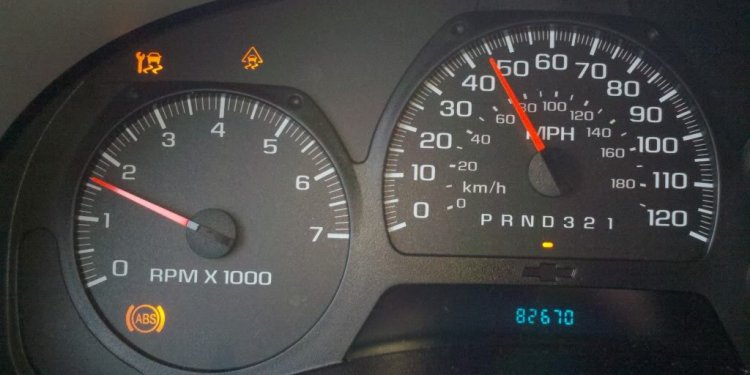 Can I Drive With The Traction Control Warning Light On?

As the ignition key is rotated through the phases of Off, Run, and Start, a systems bulb check is activated. The traction control system light should illuminate for 1 to 2 seconds and then go out as the vehicle starts and begins to run. If the light stays on, it either means that the system is deactivated or there is a problem in the traction control system.

How Do I Fix The Traction Control Warning Light?

If the traction control light comes on intermittently, there is a problem that may not be "hard coded, " meaning it isn't a permanent condition yet. A flickering light could also mean that the system is not fully operational, so use extra caution in adverse road conditions.

Many traction control systems will illuminate the warning light when the system detects a loss of traction, like in snowy or rainy weather. Typically the light is seen when the system intervenes to maintain traction. It's a good idea to read the section in your vehicle owners manual to familiarize yourself with how your traction or stability system operates.

The only way to properly resolve either of the above conditions is to have the vehicle properly diagnosed at a qualified repair shop. Always have the repair shop do a full computer systems scan. It may not necessarily be a fault in the traction control system that is setting the light. Sometimes a fault in the engine management system first shows up in the traction control system, such as an intermittently defective throttle position sensor in the electronic throttle control.

The basic mechanical components of the powertrain system must also be properly inspected. Anything that would cause a rough or jerky application of power can cause wheel slip, which means that worn drivelines, axles, and constant velocity joints are suspect. Even a harsh transmission shift or badly misfiring engine can cause wheel spin and illuminate the traction control light.