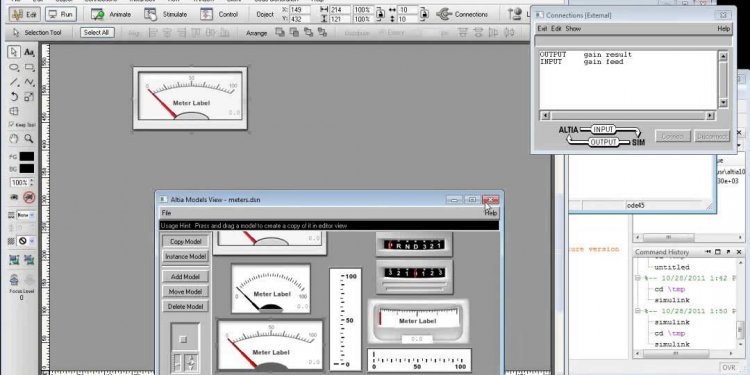 By far, the most commonly used control technique is that of the basic feedback control loop. This is so because of its almost universal applicability, which will be discussed in more depth later.

A negative feedback control system is composed of four basic elements that are connected in series. Briefly, they are:

Any operation involving a change in a property that can be measured. The “thing” that you want to control. For example, a process that heats your home.

A device that converts a measured process variable into a standardized transmission signal.

A device that receives the output from the transmitter (the process signal), compares it to a setpoint (a signal that represents the desired value of the measured process variable), and computes an output signal based on this comparison. The numerical difference between the setpoint signal and the transmitter signal is called the error.

A device that converts the controller output signal into a process variable.

The elements of this control technique are connected in series and form a closed ring or loop and this flow of information is around this loop.

The flow of information through the elements of this control technique is such that information is returned to or “fed back” to an earlier stage in the system. This is a consequence of the ring or loop structure of the connected elements.

This refers to the phase of direction or sign of the fed back information. Negative feedback is defined as information that is fed back in such a direction that any disturbance in the system is made to be reduced or eliminated.

In a simple example, consider the control of room temperature (controlled variable), by an electronic resistance heater and a wall thermostat.

The wall thermostat performs the functions of both process measurement and process control. The thermostat implements a simple on-and-off control algorithm.

The thermostat contains a spiral wound bimetallic sensing element which responds to the room temperature by winding up to the left as it cools and unwinding to the right as it warms. The thermostat also has a set of electrical contacts that are actuated by the motion of the bimetallic element, making contact when the element cools and breaking contact when the element warms.

If the room temperature is below the setpoint (desired room temperature), electrical contact is made in the low voltage circuit connected to the thermostat. This energizes the relay which then supplies high voltage and high current power to the resistance heater.

As the room temperature rises above the setpoint, the thermostat responds by breaking the low voltage circuit, which turns off the heater.

With the heater off, the room slowly cools until it drops below the set point and the whole cycle starts all over.