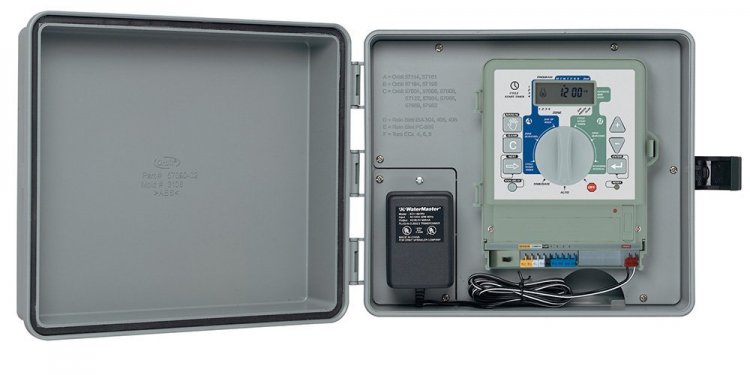 Sprinkler systems are important life safety tools for fire protection. Certainly, they’re one of the things most required by codes and by local authorities having jurisdiction (AHJs).

But why? Take, for instance, an article by Kimberly D. Rohr, “U.S. Experience With Sprinklers, ” National Fire Protection Association (NFPA), Quincy, Mass., which states, “Automatic sprinklers are highly effective elements of total system designs for fire protection in buildings. When sprinklers are present, the chances of dying in a fire and the average property loss per fire are both cut by one-half to two-thirds, compared to fires where sprinklers are not present.”

In addition, according to an article, “Integrating Fire Alarm and Fire Protection Systems” by Wayne D. Moore, that appears in the March/April 2004 issue of NFPA Journal, “Requirements for automatic sprinkler systems include provisions ‘that the system be supervised through a connection to a fire alarm system to electrically monitor the sprinklers’ integrity. Supervision includes monitoring the position of sprinkler system control valves, fire pump power supplies and running conditions, water tank levels and temperatures, tank pressure, dry-pipe valve air pressure, and pre-action system supervisory pressure.

“NFPA 72 also requires that the fire alarm system provide an audible and visible supervisory signal at an attended location in the protected building to indicate a condition that would keep the sprinkler system from operating satisfactorily.”

There are many components of a sprinkler system that a fire alarm control panel must constantly monitor. If any one of them should fail, the sprinkler system could be rendered inadequate or useless. This means that the fire in its initial stages would continue to rage on without being extinguished. Within minutes, lives and property could be lost. This is why sprinkler supervision is so important.

Perhaps the two most common devices that security contractors are called upon to electronically monitor are the control valve and the low-air-pressure switch.

A control valve is a device that regulates the flow of water into a sprinkler system. Unless this valve remains open, there could be no water available with which to put out a developing fire. NFPA 72 states that an off-normal signal must be initiated when the shaft on a control valve is turned two complete revolutions or one-fifth of the valve’s maximum travel. When this occurs, a supervisory switch, either on the outside of the valve or within it, must alert the fire alarm control panel of the problem.

The devices used to monitor air pressure in dry-pipe sprinkler systems are immensely important to the general safety of any facility.

This type of sprinkler system is designed to maintain dry pipes throughout the facility and is used where climate can be cold and protection against freezing cannot be ensured.

In this type of sprinkler system, a clapper valve is used to prevent water from filling the pipes that connect the riser to all of the sprinkler heads. As long as about 20 pounds of air pressure over trip level is maintained within the piping, the clapper valve will remain closed. This will ensure that water does not fill the system and possibly compromise the integrity of the piping in cold weather.

It is when a sprinkler head opens up, upon the detection of sufficient heat, that the air (sometimes nitrogen) can be lost within the pipes. The loss of air pressure will then allow the clapper valve to open, causing water to flow into the pipes.

The NFPA 101, Life Safety Code, 2006 Edition, states that individuals at the location must be able to quickly and easily discern the difference between an alarm and a supervisory condition. In order to do this, NFPA 101 calls for two distinctly different local sounds.

“Where supervised automatic sprinkler systems are required by another section of this Code, supervisory attachments shall be installed and monitored for integrity in accordance with NFPA 72, National Fire Alarm Code, and a distinctive supervisory signal shall be provided to indicate a condition that would impair the satisfactory operation of the sprinkler system. …. Supervisory signals shall sound and shall be displayed either at a location within the protected building that is constantly attended by qualified personnel or at an approved, remotely located receiving facility.” (Section 9.7.2.1)

NFPA 72 mandates two types of supervisory signals. The first is an off-normal signal, and the second is a restoration signal. Not more than 20 supervisory devices can be placed on the same initiating device circuit, and the signals must reflect the actual condition that occurred.