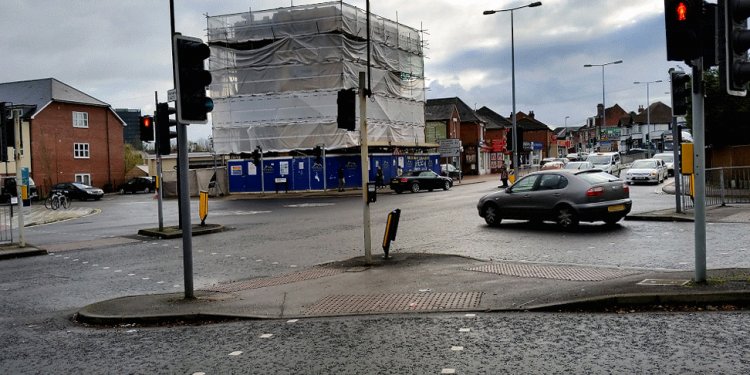 Urban Traffic Control (UTC) is the method of in a network by the use of timing plans loaded on a central computer. Timing plans that vary by time of day (for example to accommodate tidal flows associated with the AM and PM peaks) are automatically loaded by the computer and the timings on street change accordingly. Special timing plans can be created to cope with traffic associated with regular events such as football matches which generate high traffic volumes over a relatively short period of time.

A series of plans, varied by time of day, are saved on the central computer and are implemented on-street through the use of control bits as described above. These plans are the same cycle after cycle and the on each approach do not change. This approach is often used in Town Centre locations and on ring roads to ensure that the linking from one junction to the next remains constant throughout the day.

The only exception to this is if there is an entry within the plan which takes account of detector inputs on street. If no traffic was being detected on an approach then, depending on the plan, it can be possible to skip a stage and move to the next stage early to give additional benefits to a busier approach.

In order to ensure the system is running an appropriate set of timings, the plans should be updated to account for changes in traffic patterns on the network. As with the maximum timing settings for VA control this is a labour intensive task and is often neglected leading to sites not working as efficiently as they could be.

SCOOT is a UTC system which is continually assessing the traffic flow data obtained from a series of carriageway loops to optimise the green splits, and to try to keep congestion to a minimum.

Congestion is managed by the system making small, but unnoticeable, changes to the green splits and cycle time in each cycle. This is not possible using fixed time plans as each plan change can take several cycles to stabilise and start working as intended.

In addition to the congestion management benefits of SCOOT, real time traffic data can be obtained which provides information on congestion levels and can assist with incident management.

As the name suggests, Cableless Link Facility is a method of control which allows adjacent signal installations to be linked without the use of cables.

Each junction will have a set of signal timing plans programmed in which control the green splits and stage change points throughout a cycle (similar to fixed time plans), they also have an offset time which controls the coordination from one junction to the next. The clocks in the controllers to be linked are synchronised using the 50Hz mains frequency and a nominated controller in the system is used as the reference point for timing. Offset timers are then used to establish the timing plan changes as necessary.

CLF is a useful fall back mode for traffic signals within a UTC network as an amount of coordination can be maintained if there is a problem with the transmission from the main UTC computer.