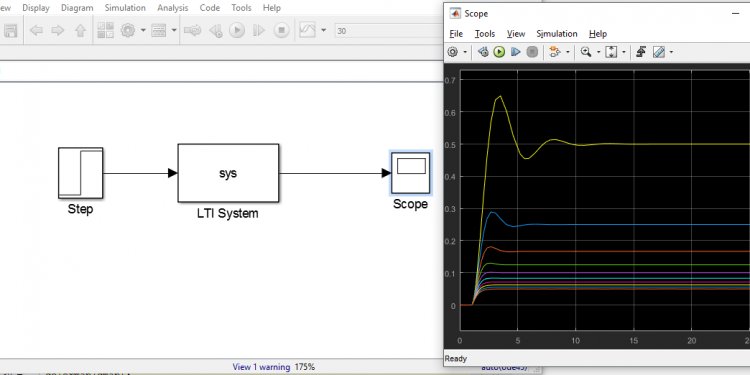 A Transfer Function is the ratio of the output of a system to the input of a system, in the Laplace domain considering its initial conditions and equilibrium point to be zero. This assumption is relaxed for systems observing transience. If we have an input function of X(s), and an output function Y(s), we define the transfer function H(s) to be:

It would be handy at this point to define precisely what an "impulse" is. The Impulse Function, denoted with δ(t) is a special function defined piece-wise as follows:

It is drawn as an arrow because it is difficult to show a single point at infinity in any other graphing method. Notice how the arrow only exists at location 0, and does not exist for any other time . The delta function works with regular time shifts just like any other function. For instance, we can graph the function δ(t - N) by shifting the function δ(t) to the right, as such:

An examination of the impulse function will show that it is related to the unit-step function as follows:

This result can be verified in the transform tables in .

This operation can be performed using this MATLAB command:

This operation can be performed using this MATLAB command:

Where " * " (asterisk) denotes the convolution operation. Convolution is a complicated combination of multiplication, integration and time-shifting. We can define the convolution between two functions, a(t) and b(t) as the following:

(The variable τ (Greek tau) is a dummy variable for integration). This operation can be difficult to perform. Therefore, many people prefer to use the Laplace Transform (or another transform) to convert the convolution operation into a multiplication operation, through the Convolution Theorem.

This method of solving for the output of a system is quite tedious, and in fact it can waste a large amount of time if you want to solve a system for a variety of input signals. Luckily, the Laplace transform has a special property, called the Convolution Theorem, that makes the operation of convolution easier:

The Convolution Theorem can be expressed using the following equations:

This also serves as a good example of the property of Duality.

The Transfer Function fully describes a control system. The Order, Type and Frequency response can all be taken from this specific function. Nyquist and Bode plots can be drawn from the open loop Transfer Function. These plots show the stability of the system when the loop is closed. Using the denominator of the transfer function, called the characteristic equation, roots of the system can be derived.

For all these reasons and more, the Transfer function is an important aspect of classical control systems. Let's start out with the definition:

Transfer Function The Transfer function of a system is the relationship of the system's output to its input, represented in the complex Laplace domain.

If we know the input to a given system, and we have the transfer function of the system, we can solve for the system output by multiplying:

So, when we plug this result into our relationship between the input, output, and transfer function, we get:

In other words, the "impulse response" is the output of the system when we input an impulse function.

From the Laplace Transform table, we can also see that the transform of the unit step function, u(t) is given by:

Plugging that result into our relation for the transfer function gives us:

And we can see that the step response is simply the impulse response divided by .

Use MATLAB to find the step response of the following transfer function:

We can separate out our numerator and denominator polynomials as such:

Now, we can get our step response from the step function, and plot it for time from 1 to 10 seconds: